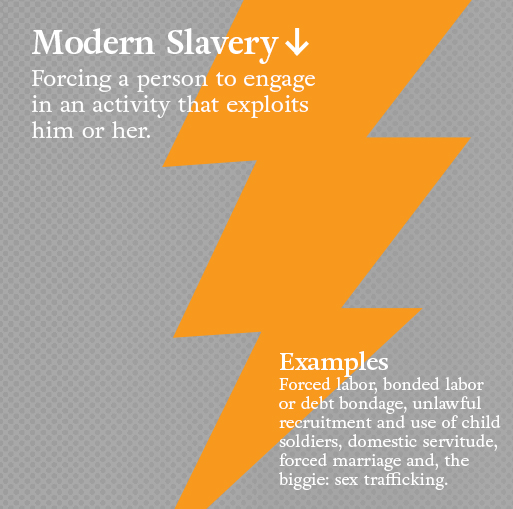 Modern slavery is forcing a person to engage in an activity that exploits him or her. Often referred to as “human trafficking,” it can include everything from sex trafficking to forced labour. It generates a ton of money—which makes it very tough to abolish.

Below are some misconceptions people have about modern slavery:

In addition to domestic servitude, there are several other types of slavery that fall under the modern slavery umbrella:

Bonded labour or debt bondage: In this situation, traffickers often impose a bond or debt and make it difficult, if not impossible, to pay it off. In some countries, there are millions of trafficking victims working to pay off their ancestors’ debts.

Forced labour: Also referred to as labour trafficking, forced labour encompasses a range of activities including recruiting, harbouring, transporting, providing, or obtaining a person for compelled labour through the use of force, physical threats, psychological coercion, abuse of the legal process, deception or fraud. Migrants are vulnerable to this form of modern slavery, and it can involve children. Unfortunately, children are not given the option of leaving.

Child labour: According to the International Labour Association, child labour refers to work that deprives children of their childhood, their potential and their dignity, and that is harmful to their physical and mental development. In fact, almost half of the children in this category work in hazardous conditions such as mines.

Modern Slavery in the UK

The Global Slavery Index estimated there are 136,000 victims of modern slavery in the UK with an estimated prevalence of 2.1 victims per 1000 people.

Sex trafficking: Involves a commercial sex act, such as prostitution, as the result of force, threats of force, fraud or coercion. Perpetrators involved in recruiting, harbouring, transporting, providing, obtaining, patronising or soliciting a person for that purpose are guilty of sex trafficking. This form of modern slavery often involves children under the age of 18. The use of children in the commercial sex industry is prohibited under U.S. law and by statute in most countries.

Unlawful recruitment and use of child soldiers: Child soldiering involves the unlawful recruitment and use of children—through force, fraud or coercion—by armed forces as combatants or other forms of labour. Many children are forced to be used in this way; others are made to work as porters, cooks, guards, servants, messengers or spies. Young girls may be forced to “marry” or be raped by commanders and male combatants. Both male and female child soldiers are often sexually abused or exploited by armed groups.

Forced marriage: This is a marriage where one or both people do not consent to the marriage, and pressure or abuse is used. While men and boys can be victims of forced marriage, most are women and girls. According to the 2018 Global Slavery Index, more than one-third of victims are under 18 years of age at the time of the marriage. Forced marriage is highest in Africa.

Organ trafficking: This is a form of widespread organised crime where inner organs are illegally obtained and traded for transplantation. According to the World Health Organization (WHO), the illegal organ trade comprises about 10% of global transplant activity. The black market organ trade has been documented in India, Pakistan, Kosovo and the Philippines. Developed countries such as the U.S., Canada, Australia and the U.K. receive organs from most of the world’s developing countries. The sale of organs is illegal in many developing countries, with the exception of Iran where paid donation is permitted but strictly regulated.

More than 40 Million People Are Enslaved 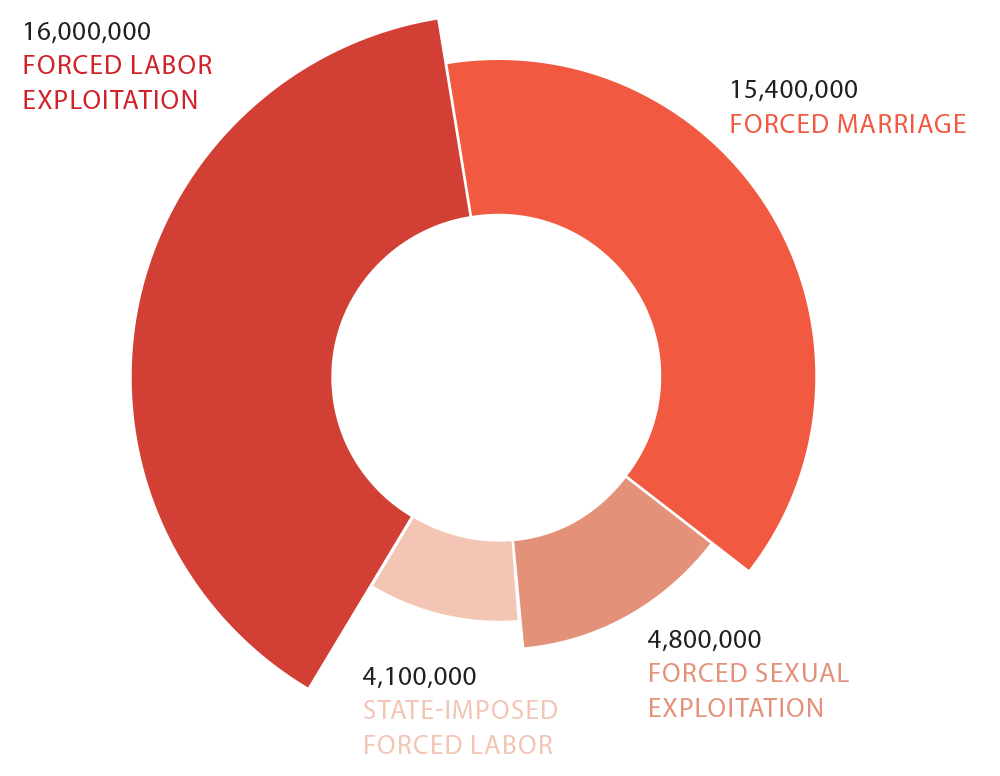 Of the 152 Million Children in Child Labour: 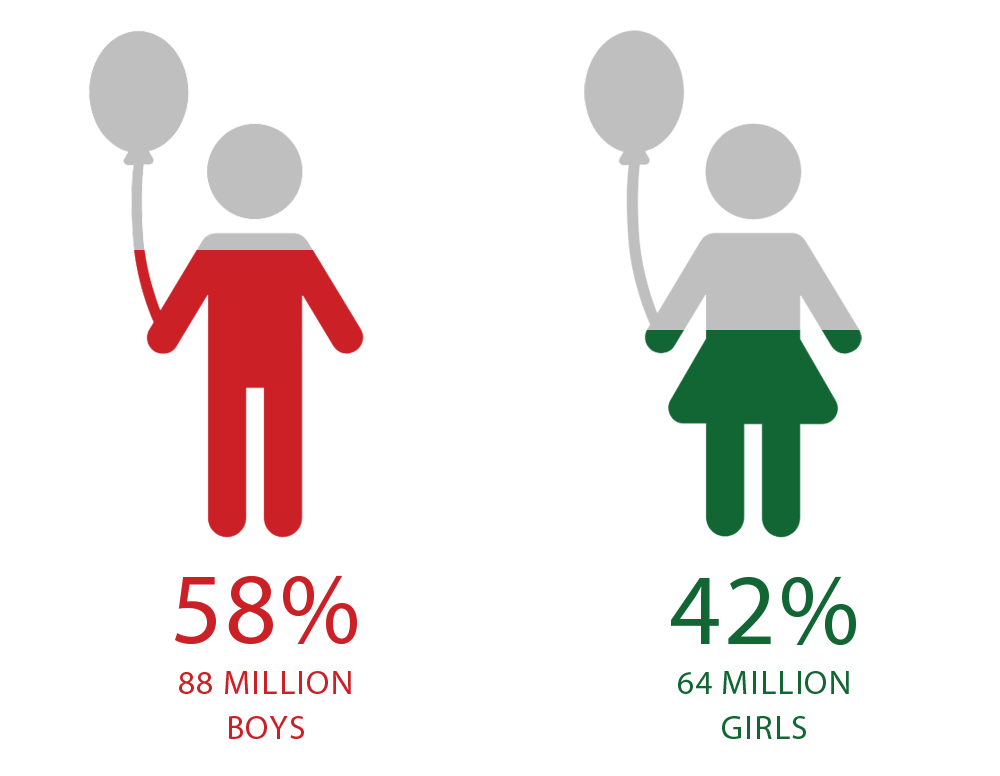 Products of Slavery and Child Labour

Child labour is defined as work that deprives children of their childhood and the opportunity to attend school, and that is harmful to their physical and mental development. Forced labour is work or service which is exacted from any person under the menace of any penalty and for which the worker does not offer himself or herself voluntarily.

The products listed below come from the continents shown here.

Goods with the most child labour listings by no. of countries: 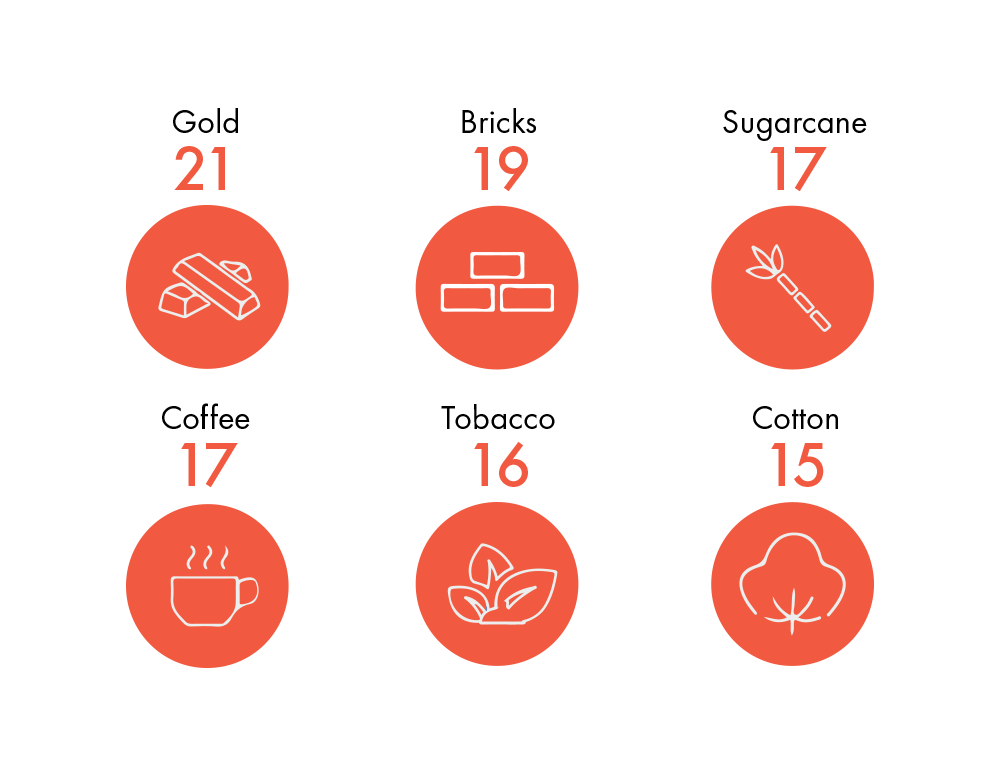 Goods with the most forced labour listings by no. of countries: 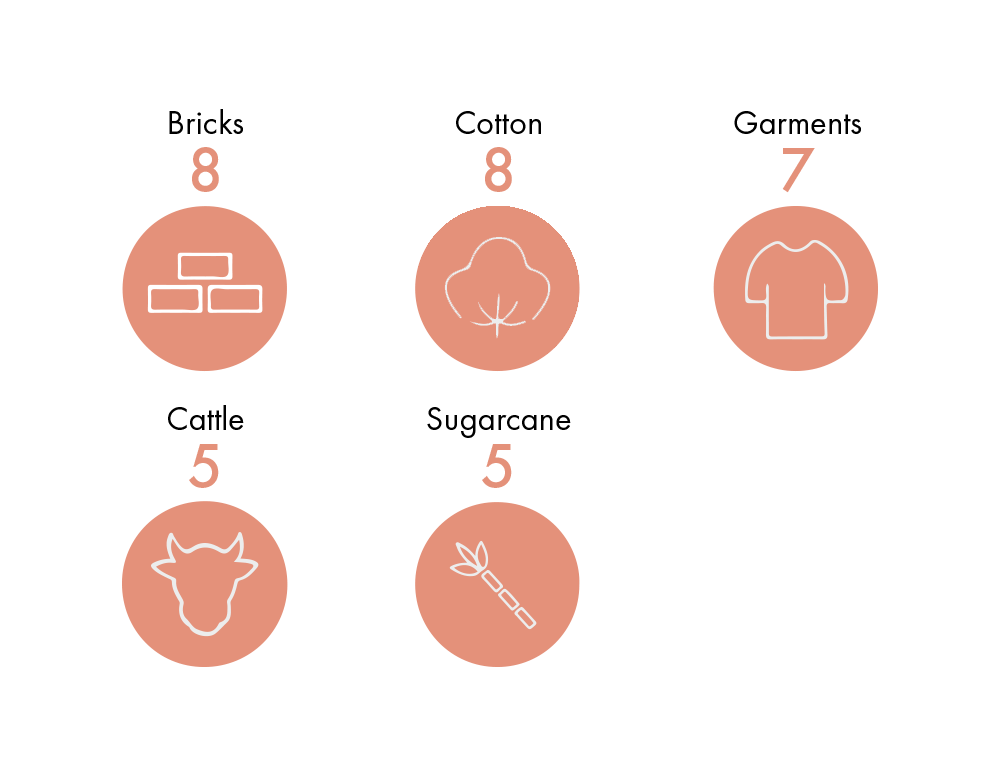 Products of child & forced labour by no. of countries:

Sectors with highest no. of products of child & forced labour:

General – Use where needed most

Tanvir Singh is a professional actor and entrepreneur. He has worked in the Bollywood film industry for the past nine years working in films, television shows, ad films and digital content. His business interests are in real estate development and is currently developing residential living spaces bringing premier luxe-design and amenity rich living within reach. Tanvir is passionate to be a voice for women-empowerment. He has been associated with YouCanFreeUs for the last several years and strongly feels YouCanFreeUs has the platform and mandate to see modern slavery end in India.

The daughter of celebrated interior designer and art collector Kavita Singh and industrialist Jasjit Singh. She worked in the field of art and design with her mother for several years before following her true calling in community work. Today, she leads the ACG Cares Foundation as director of CSR, as well as serving on the Advisory Board of Gateway School of Mumbai. Nandini is passionate about people and the environment and is committed to being an influencer for social change in our communities.

Sujo is an inspirational speaker who speaks globally. He was launched into an international speaking career following the tragic attacks of September 11, 2001. Media from all over the world has taken interest in his story; Sujo has appeared and been featured in the BBC, CBC, Associated Press, The New York Times, The Washington Post, The Times- London, National Geographic, The National Post and countless other publications from around the globe. Taking his story of hope around the world, Sujo John has spoken to hundreds of thousands of people in festivals, universities, public schools, sporting events, Fortune 500 companies and community events in over 600 cities across North America, South America, Europe, Asia and Africa. He is passionate about seeing the evil of modern slavery end and believes there is a call on his life to be a catalyst for a culture of justice established in our world. In 2010 he founded YouCanFreeUs, an international humanitarian organization fighting modern slavery around the world through advocacy, rescue and rehabilitation. His fight against modern slavery has encouraged a network of global leaders to raise its voice against this evil of our times. YouCanFreeUs presently operates safe houses, training centers and strategic intervention hubs in the USA, Canada, UK, India and Norway where it is registered as a non-profit.